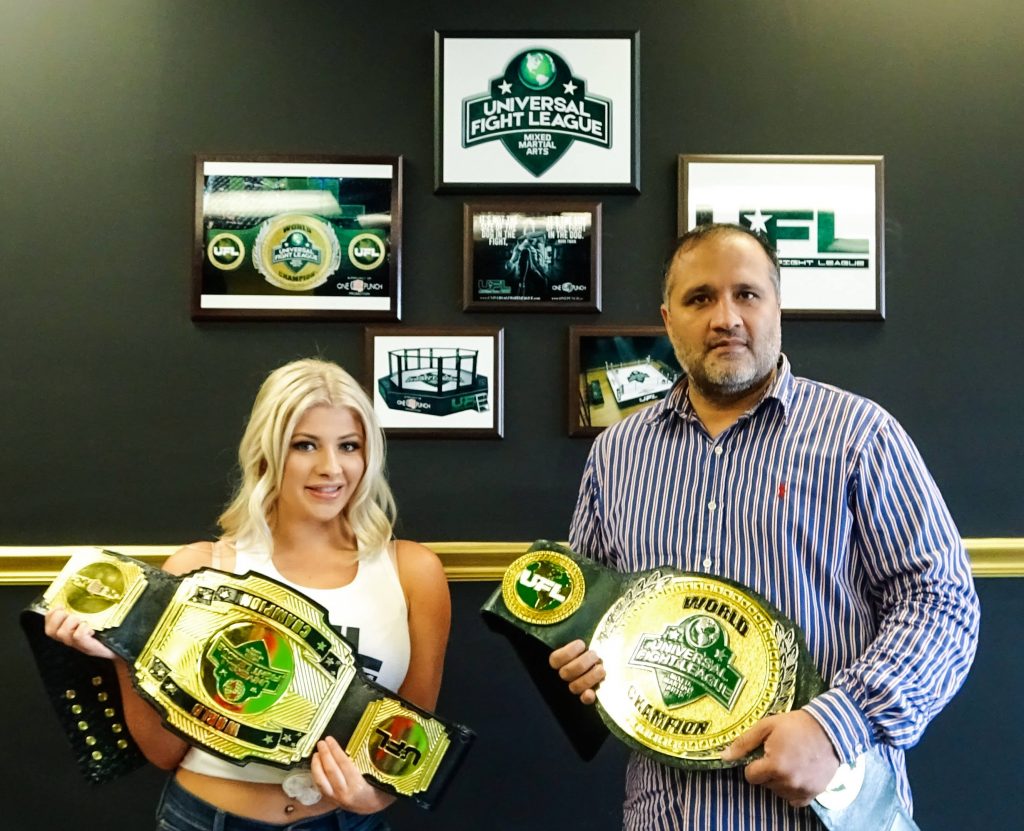 The Universal Fight League (UFL) is an upstart MMA fight promotion. The UFL is owned and operated by businessman, Amjad Islam. “We are working very hard to establish our brand everywhere,” Islam told MyMMANews.com. “In 2021, we’ll be booking shows in the U.S., China, Pakistan, Dubai, UAE, Morocco and more. I’m excited to bring combat sports to fans globally.”

Islam has a martial arts background. Combat sports has always been a passion of his. He established One-Punch Athletics as a supplier of premium martial arts equipment. With the COVID-19 pandemic slowing down the world, he finally had time to pursue his dream, the UFL. “I want to be more than just a a fight promotion,” he said. “We are developing ways for people to train with the best fighters virtually. We have online classes scheduled for students worldwide to learn from professional fighters, such as Matt Turnbull. I’m very excited to offer these opportunities internationally and grow the culture of martial arts.”

The UFL has big plans. They are certifying official UFL gyms in the worldwide in places like China, Pakistan and more. They intend to launch offices in 20 countries globally within the year. They are releasing a UFL sports drink, tea, nutrition supplements, energy shots and more. UFL merchandise is extremely popular in the middle east. They even have an official UFL magazine, already in print. UFL executives were recently spotted at Art Of War 18.

“Islam is a very motivated business man,” said AOW owner Mike Bickings. “He is doing something big, on a worldwide scale. I’m excited to see where he will be in a year.”

Islam says he has a policy of putting fighters first. He said, “I want fighters to become successful, gain fame and make money. Our show in Pakistan will offer the biggest cash prize in middle eastern combat sports history. We will take everything step by step, patiently developing into a global powerhouse. This is my passion and dream.”

For more information on the UFL, go to UniversalFightLeague.com.