The Pakistan Chapter of the Universal Fight League (UFL / USA) held a press conference at a local hotel in Lahore on Saturday, February 27. After the recitation of the Holy Quran, the Pakistani national anthem was played. Directors Rehmat Gul Afridi, Aamir Shehzad Butt, Jamil Ahmed Chandio, Amanullah Khan Achakzai and Zakir-ul-Islam explained the aims and objectives of the UFL Pakistan game. For the first time in UFL Pakistan, national and international level competitions are organized and players are promoted and trained. And will encourage and mentor Pakistani players by introducing them globally. Given the growing popularity and usefulness of this sport around the world, UFL is providing a golden opportunity for the players involved in this sport in Pakistan. A start-up program has also been set up in which online training, coaching and competitions will be conducted in all major cities of the country and all the players participating in the game will be given full encouragement and huge cash prizes. Players hone their skills The best players from all over the world will be tested to prove their mettle by bringing this car. Moreover, international players will also participate in the competitions to be held in Pakistan.
Rehmat Gul Afridi has asked the media to play a positive role in promoting the game. And thanked everyone for attending the press conference and also thanked the distinguished guests from all over Pakistan, the players and all the friends who participated. Amir Shehzad Butt, Director PR & Marketing, told the media that at the government level also this game is getting the best response. The corporate sector can play a very positive role in the acceptance of sports and athletes in Pakistan by requesting national and multinational companies to play an important role in the promotion of athletes by becoming the red bone in this sport.
Jamil Ahmed Chandio Director Technical also clarified the rules of UFL, selection of players, and training of players and explained the details of player registration.
Amanullah Khan Achakzai and Zakir-ul-Salam also assured the UFL players of a full and better future and specially thanked the UFL International Organization for its establishment and appreciated the efforts of the International Organization. 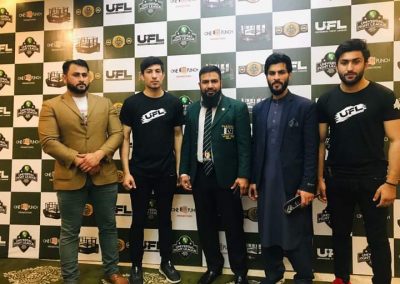 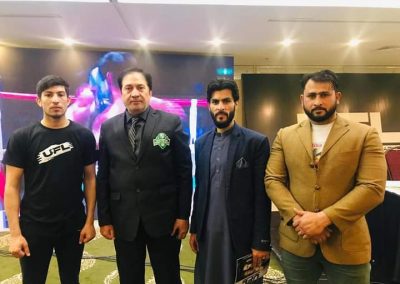 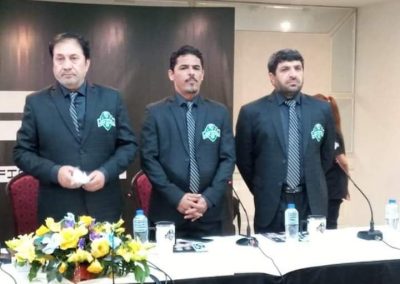 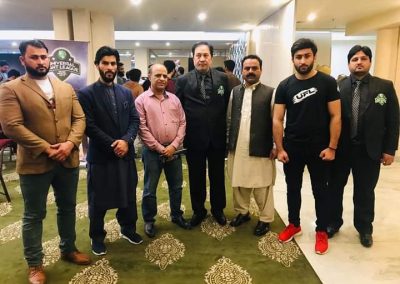 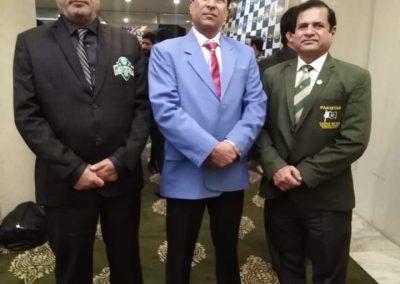 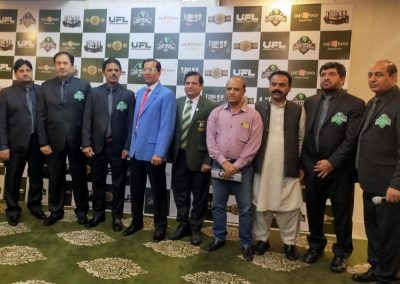 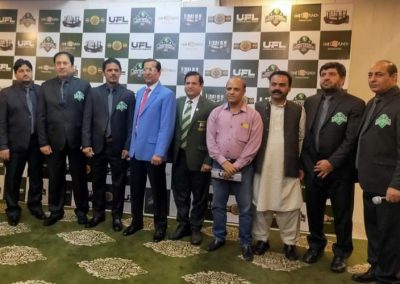 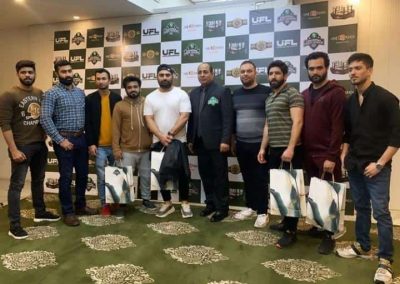 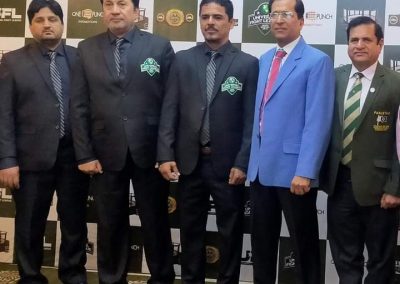 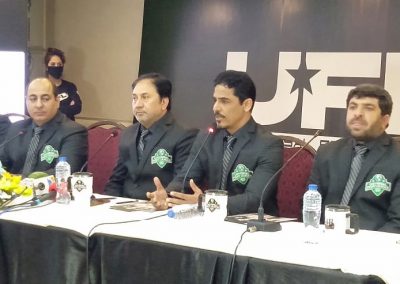 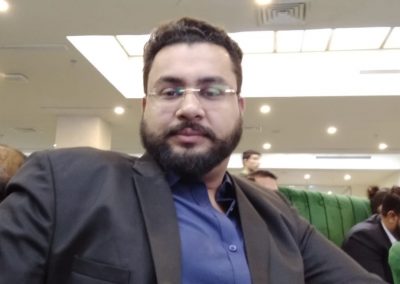 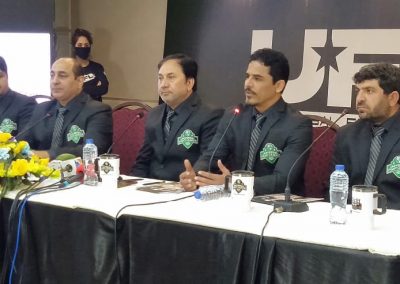 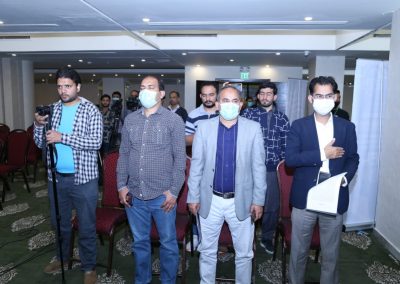 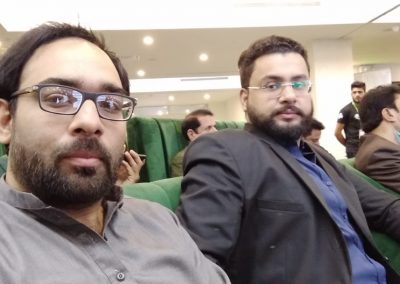 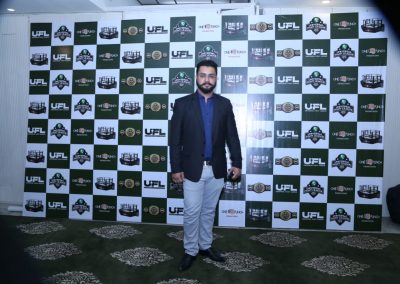 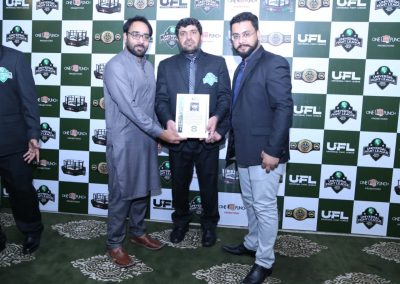 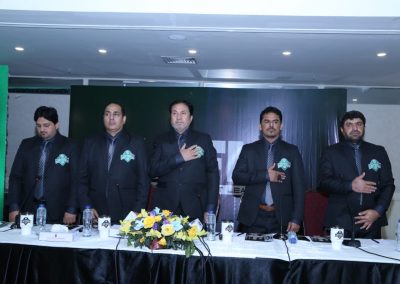 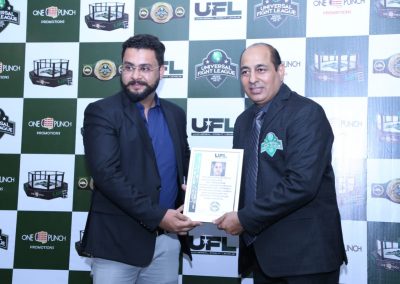 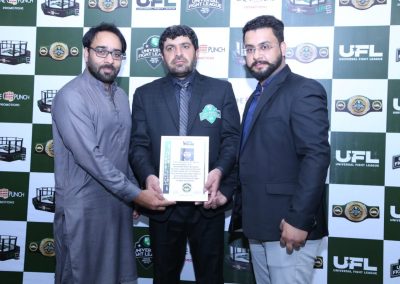 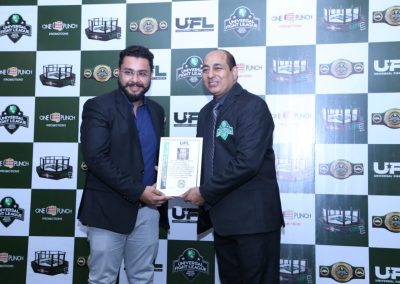 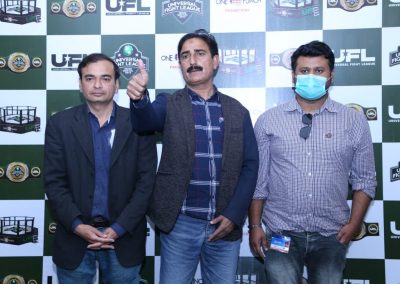 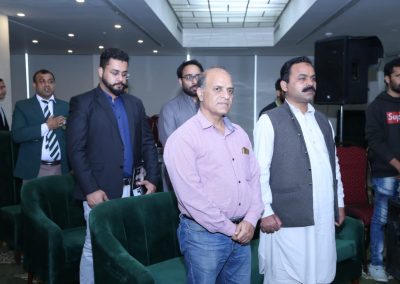 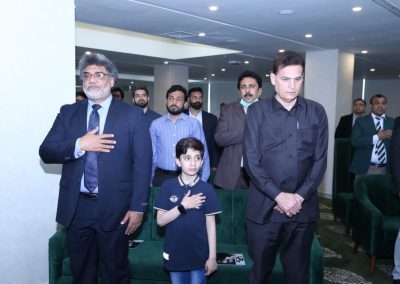 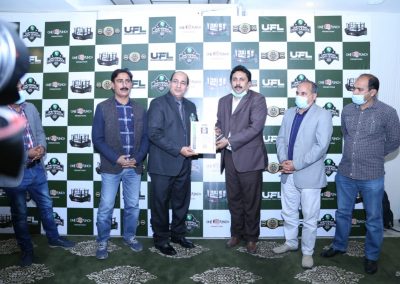 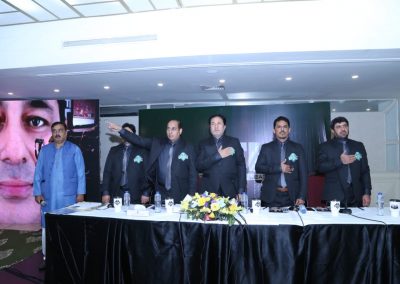 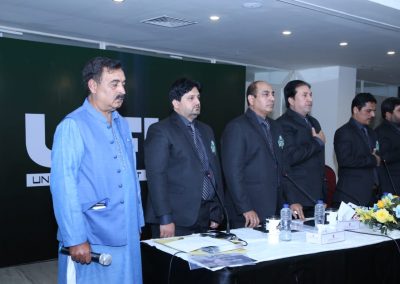 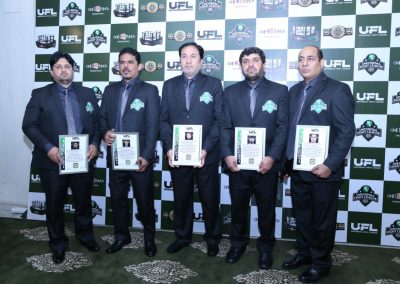